At this year’s EBACE in Geneva Airbus announced to begin final assembly of the first ACJ320neo in June in Hamburg, Germany.

The ACJ320neo “Family” includes ACJ319neo and ACJ320neo, both of which are based on the company’s best-selling A320neo airliner family.

Long anticipated, first ACJ320neo is due to be delivered to Acropolis Aviation of the United Kingdom in the last quarter of 2018, and will be followed by second aircraft headed for Comlux of Switzerland.

Second member of the family ACJ319neo,will be delivered to K5 Aviation, Germany, in the second quarter of 2019.

In total, Airbus has received nine orders – six for ACJ320neos and three for ACJ319neos.

The ACJ320neo Family will come with the customers’ choice of engines and wingtip sharklets which save around 15% in fuel while improving range.

ACJ320neo Family planes include a reinforced cargo hold to carry additional centre tanks for intercontinental range, built-in air stairs for airport autonomy, and an improved environmental-control system which lowers the cabin altitude to 6,400 feet at cruise flight on both aircraft. 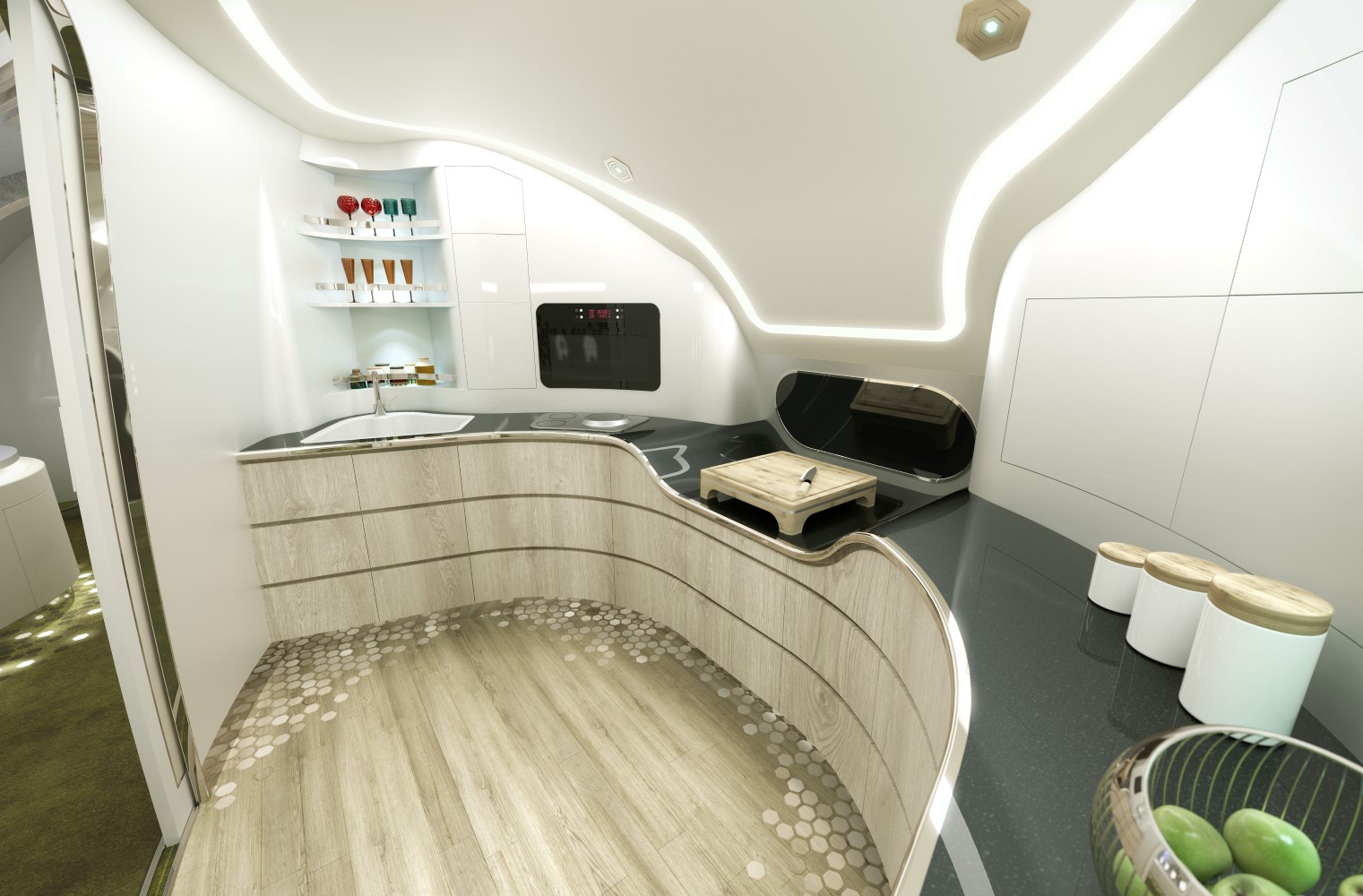 There is a “sky ceiling,” designed by The Atelier Pagnani Automobili, a lot of cabin curves, and cabin panels that can change from clear to opaque electronically. The layout of the 950-square-foot cabin features separate cinema, dining, and lounge areas.