The use of private and business jets is again gaining popularity among businesses as well as the private wealthy.

Much of the increase has been seen in Asia, with Hong Kong experiencing a 535% increase in its private jet fleet size in the past 10 years, according to Knight Frank’s 2017 wealth report.

Taiwan, China and Macau have all seen a tripling of private jet ownership levels, but still have a way to go before they catch up with Latin America.

Four out of 10 of Latin America’s ultra-high-net-worth individuals (UNHWIs) – people who are worth more than $30 million (£24 million) opt to fly privately. That compares with just under one in 10 for Asia.

The numbers of UHNWIs are forecast to grow 91% in Asia within 10 years and, in total, the number of ultra-wealthy people across the globe is expected to grow by 43% by 2026.

The US still leads the private and business jet fleet size with 12,717 registered aircraft.

The numbers by most popular route: 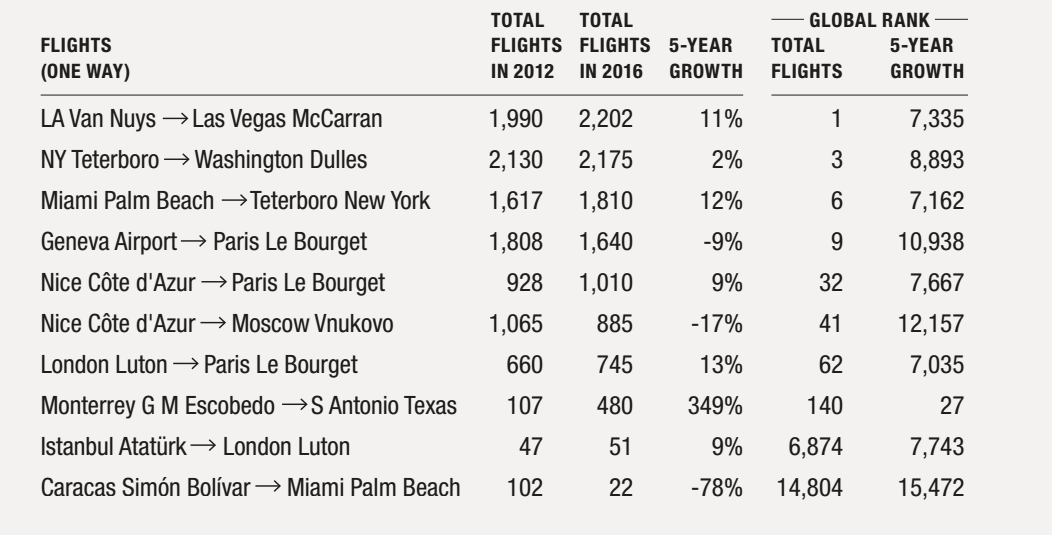